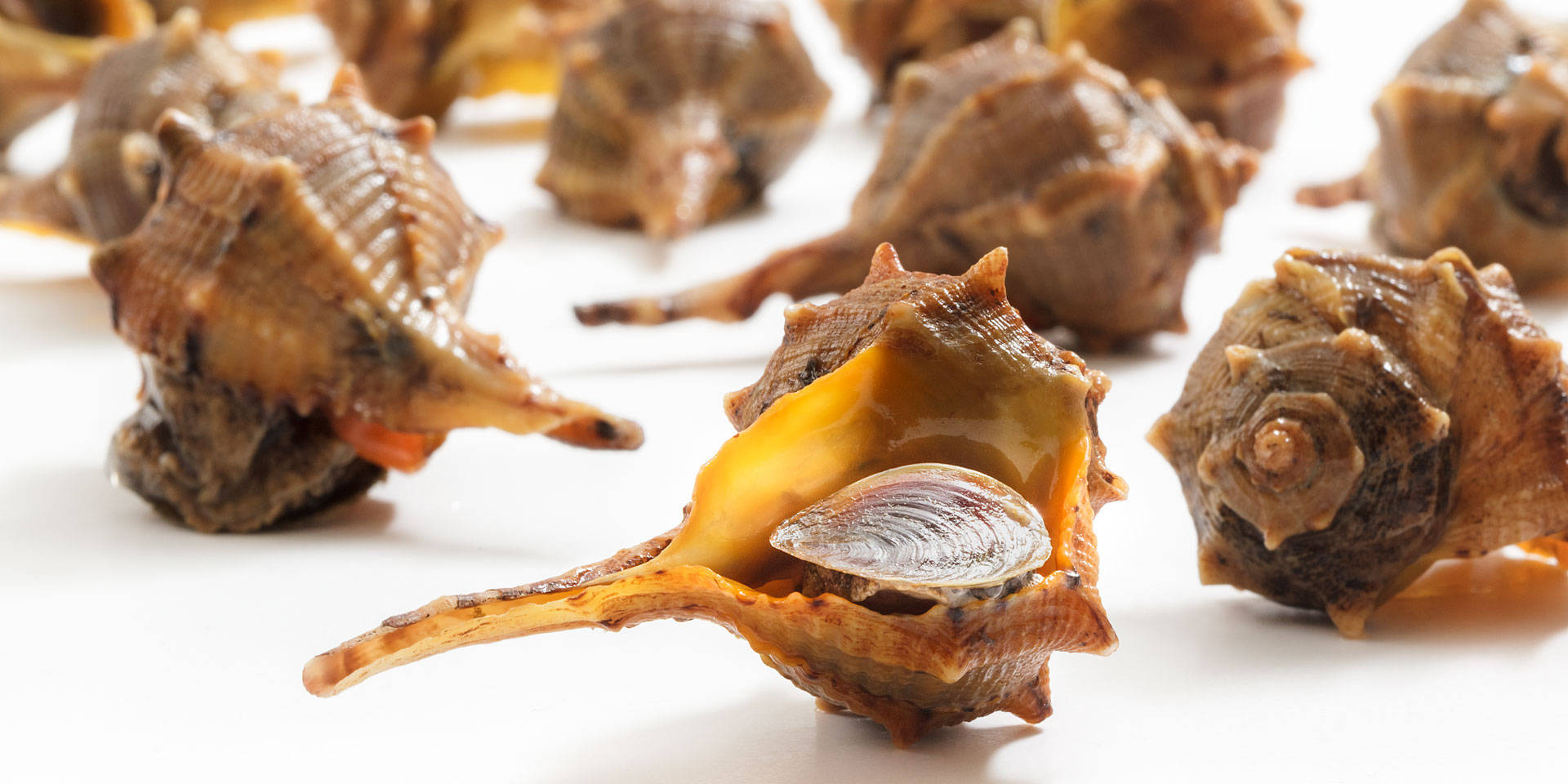 Banded murexes or, in Sardinia, “bocconi”, are molluscs with an unmistakable appearance and exceptional taste. The shell, about 6 cm long, has a peculiar club shape, narrow on the bottom and wide on top. On the top of the shell there is also the aperture, where the mollusc is extracted from, protected by a hardened lid which allows the mollusc to move in the sea and protect itself by sealing the entrance of the shell.

Banded murexes are mainly known for their unique taste. In fact, they have an intense flavour, dense and typical, which makes them unmistakable to the palate of gourmets, who love them and consider them a true delicacy. Frequently used in Sardinian cooking, mainly in Cagliari and the southern part of the island, they are served as appetizers or main courses and can be stewed, cooked in soups, in sauces, or simply boiled and served with garlic and parsley.

To learn more, see the

HOW WILL YOU PREPARE THEM TODAY? 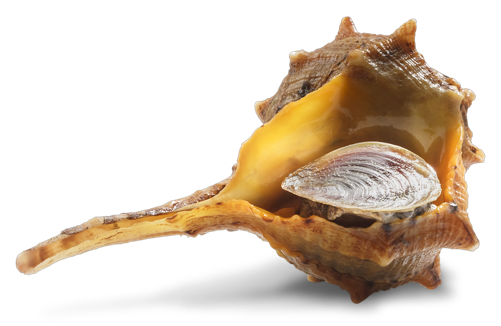